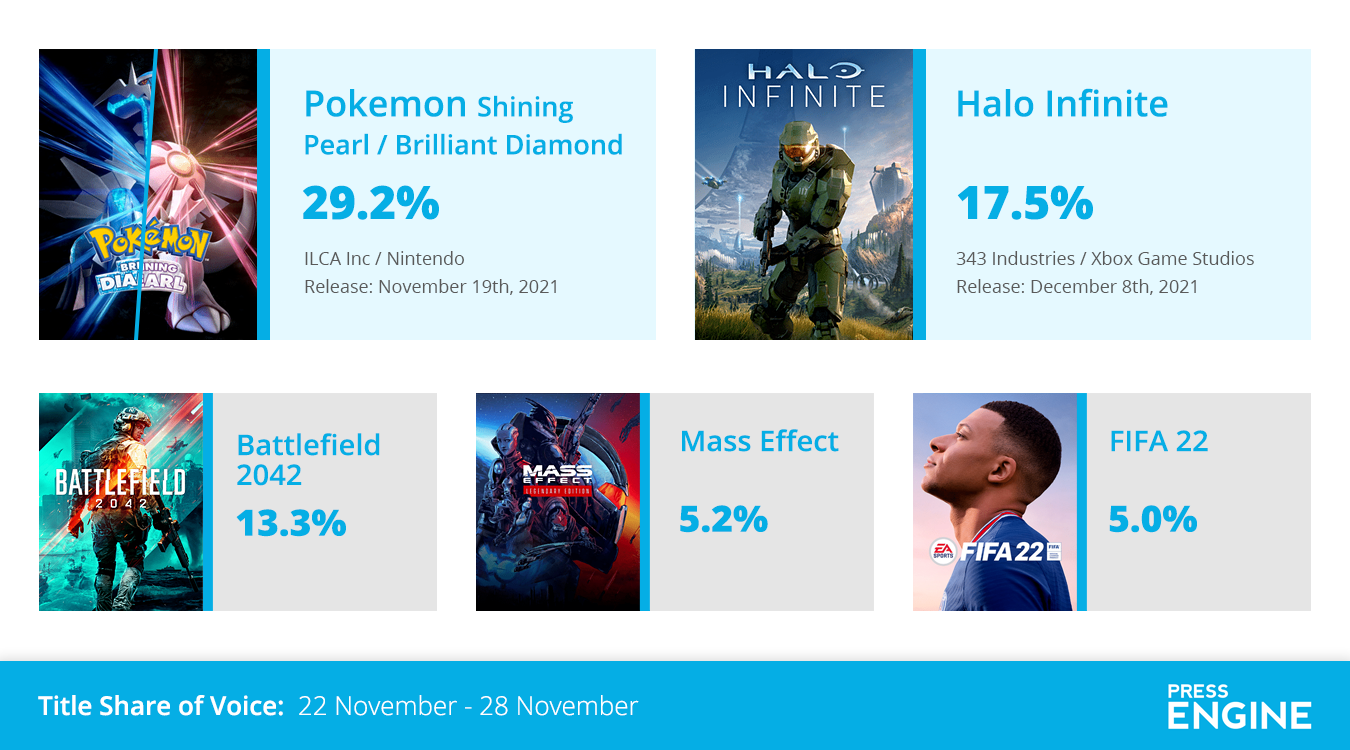 Last week was the big sales week of the year in the videogames industry, as Black Friday took over the internet, and inboxes were flooded day after day. Thankfully most developers and publishers understood what they were up against, as we saw a big reduction in the number of announcements and assets distributed. However, had Black Friday been a game, it would have appeared on our list in second place, with leading influential publications running multiple stories throughout the week.

None of that stopped Pokémon's twin product strategy from slowing down, with Brilliant Diamond and Shining Pearl taking the top spot by some distance.

Second place goes to Halo Infinite in its second week since the early launch of Infinite's multiplayer, a full two weeks prior to the launch of the campaign. Player numbers have been strong for Microsoft, with millions playing online via Game Pass, but despite being free-to-play, Steam numbers haven't set the world on fire. With a week to go, we'll see how that pans out for the full release.

Coming in 3rd, was Battlefield 2042, closely followed by Mass Effect, after the rumored Amazon show news took off. Finally, to compliment its increased sales during the sales period, and no doubt for many Christmas presents waiting to be unwrapped, was FIFA 2022.

The biggest takeaway from last week, was that not a single new release made our top ten, and its a trend we expect to happen more often in future, as SaaS products become more prevalent, underlining the success that Fortnite, PUBG and more continue to achieve.