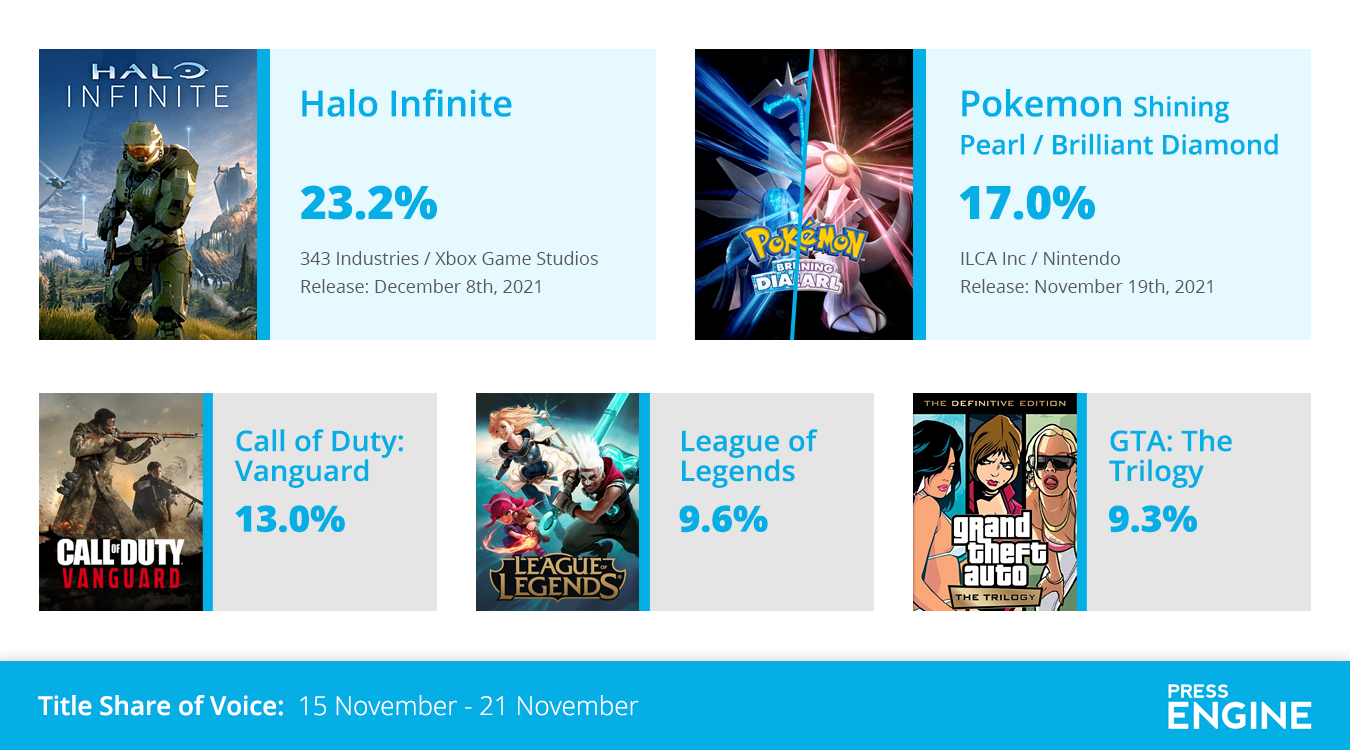 Every Monday we analyse the video games press coverage from the previous week and identify the share of voice each gaming platform received, and on Wednesday's we do the same for video game titles.

This week we've got a new entry right at the top. Following the surprise announcement that Halo Infinite's online multiplayer section would launch earlier than planned, the internet went wild, well, 23.2% of the video game internet went wild. It could be the shock launch, but Halo saw slightly less coverage over the previous week's launch of Forza Horizon 5 (which drops to seventh this week).

Coming in very strongly in second is the latest pair-release for Pokemon. Shining Pearl and Brilliant Diamond took 17% of the share of voice for titles last week. A strong launch for the ever-popular Nintendo series. From two new entries, we see Call of Duty Vanguard slip from second to third, keeping a 13% share (down from a whopping 28.2% last week).

In fourth, the immensely popular online game League of Legends returns with more coverage, gaining 9.6% of the share of voice. GTA Trilogy slips from third to fifth, from 12.8% to 9.3% coverage. Pretty good considering last week's number one title, Forza Horizon 5, slipped from 29.8% down to just 8.4%.

Just outside the top five we have Battlefield 2042, with a higher percentage than last week, gaining an extra 1.4% share of voice, placing it at 8.8% compared to last weeks' 7.4%. Not enough however to keep it in the top five.