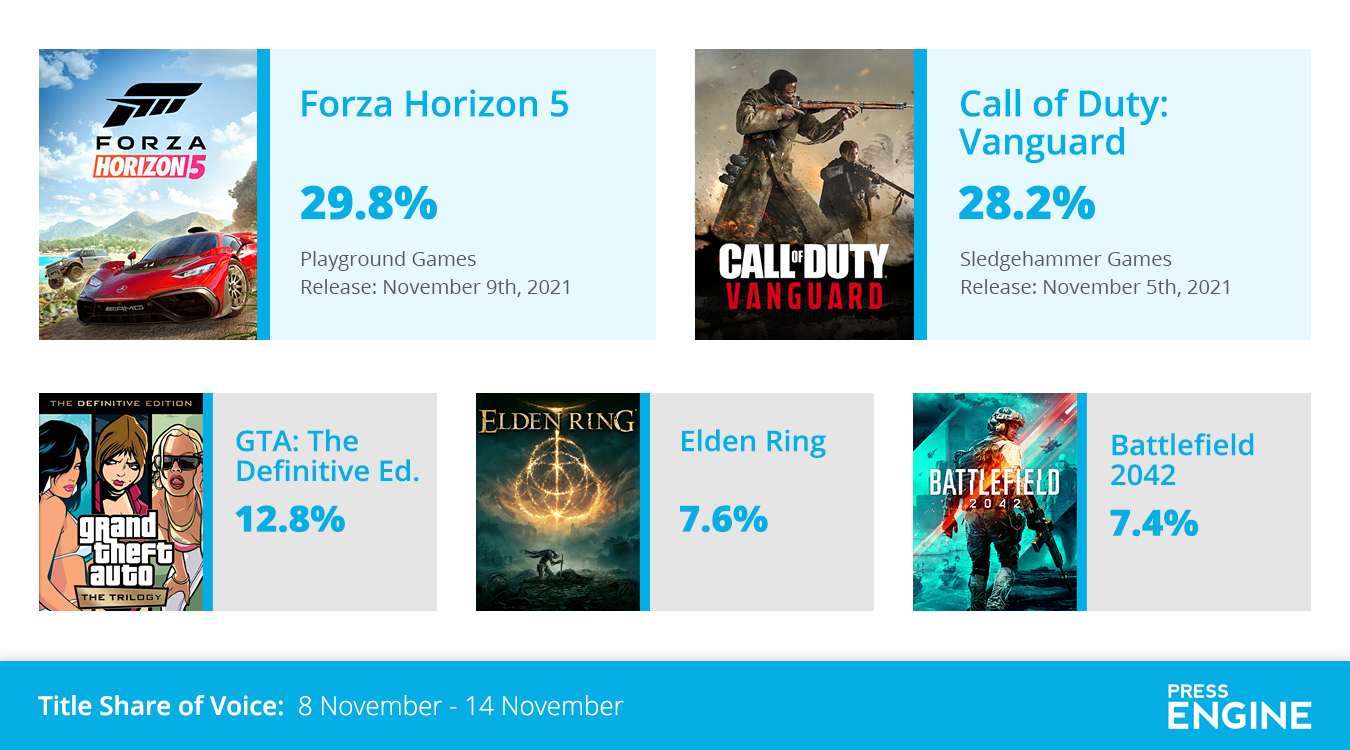 Playground Games and Xbox Games Studios launched Forza Horizon 5 last week, taking nearly a third of the total share of voice from the top ten titles. It's been critically acclaimed since its launch, so the spike in coverage was to be expected. Whether it remains top-of-mind for the industry next week is uncertain.

Closely behind Forza is Call of Duty: Vanguard, up slightly from its performance last week. These top two titles dominated the share of voice this week, taking well over half the coverage space of the entire top ten.

GTA: The Definitive Edition launched last week also, and whilst it's a comparable share of voice unfortunately the reception hasn't been so warm, with most articles carrying a negative sentiment, covering news stories such as the title being pulled from online stores, rather than review articles.

Elden Ring steps back into the top five, and Battlefield 2042 makes its first appearance in the top five, with last week's 4th and 5th, Age of Empires IV and Apex Legends, moving out of the top ten completely.

Just outside of the top five we have Animal Crossing: New Horizons, still keeping hold of some coverage space with the return of Brewster (the coffee shop merchant) taking most of the AC news articles. Pokémon: Brilliant Diamond / Shining Pearl takes a respectable 7th, leaving a resurgent Assassins' Creed: Valhalla, the ever-present League of Legends and Fortnite to occupy the last few spots.

Next week expect a big move from Halo: Infinite, which released its Multiplayer aspect earlier than planned.