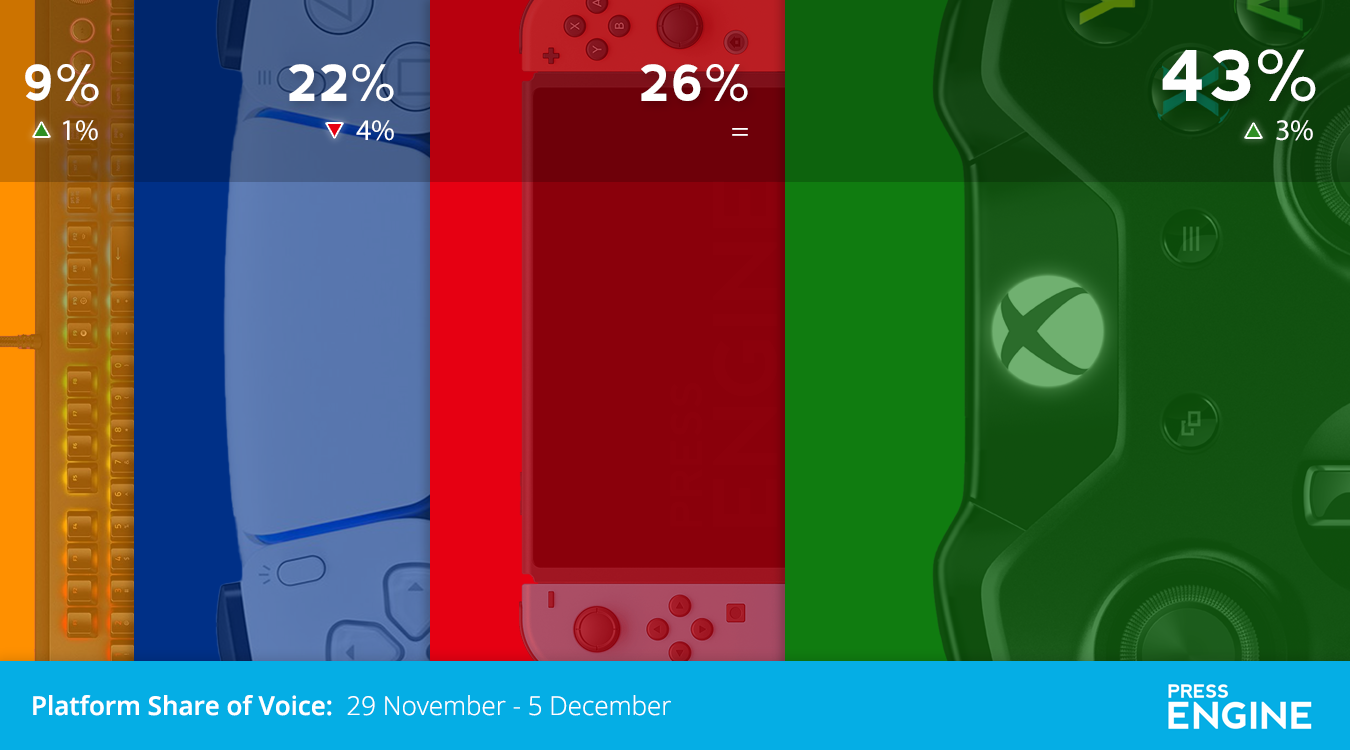 There are no big swings in this weeks Platform Share of Voice report, which is to be expected just a week before the annual Game Awards. Total article count was about the same this week as last, after an approximately 30% drop from the week before (15th - 21st November). Coverage of The Game Awards and the release of the much anticipated Halo Infinite will definitely bolster next week's numbers - and we're expecting some big moves as there are a few releases and announcements which will catch the eye.

For the last week though there were some marginal gains being made by Xbox, claiming back some of the 16% drop from last week with a 3 percent rise. Microsoft's Xbox platform continues to ride the top of the coverage chart, helped by the updated Games Pass titles list for December and coverage of the Infinite multiplayer updates.

Playstation lost four percent share during the week with very little happening in the Sony camp. Rumours this week though that they are putting the finishing touches on a subscription service to rival that of Microsoft's Games Pass so there could be a leap next week.

Nintendo held steady this week, sticking with their 26% share. A lot of coverage gained on the news that the N64 classic, Paper Mario is coming to Nintendo Switch Online via the Expansion Pack service. PC gained a single percentage point back, following a few weeks of decline - nothing specific to point at, 8% is below average for the PC, so expect a bit more of a gain next week.

Be sure to keep an eye on our website as we'll dive deep into the effect The Game Awards has on title coverage and follow us for more data and insights on Twitter and Linkedin.