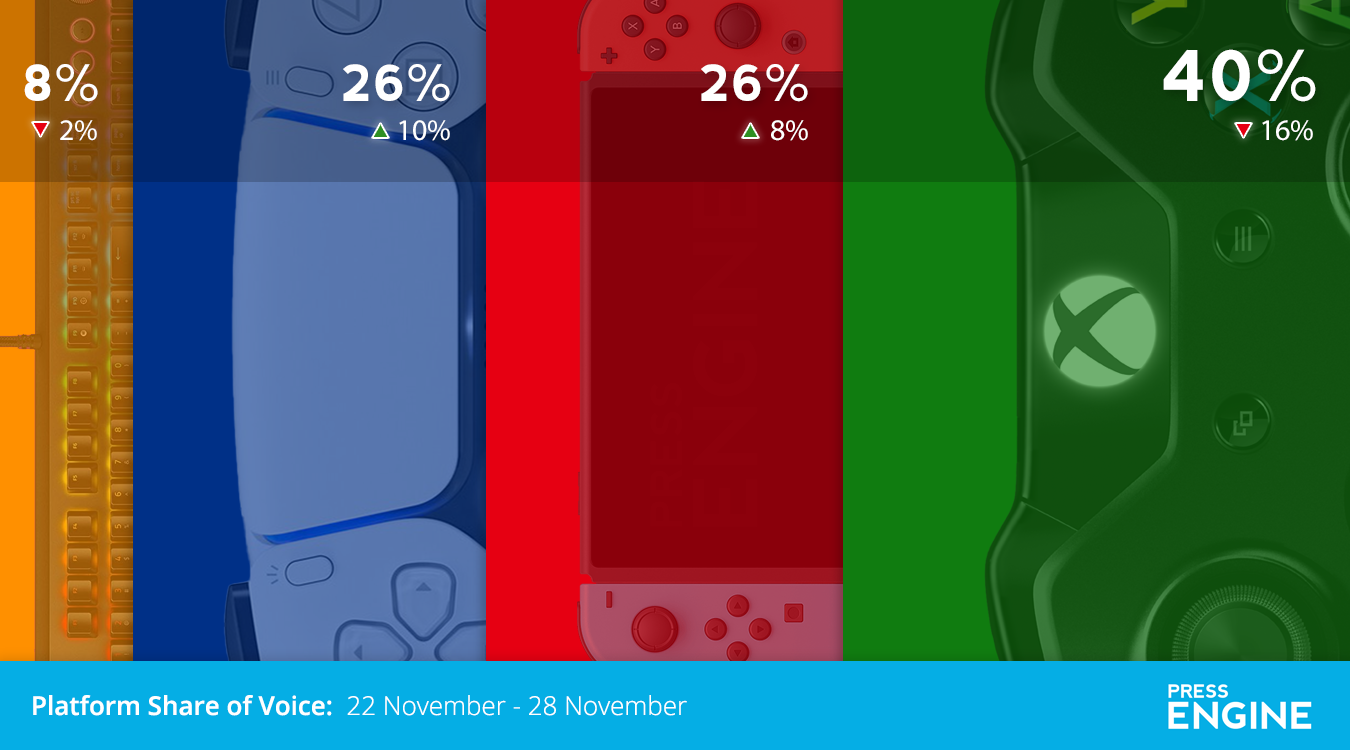 This week's share of voice is an interesting one, and absolutely an outlier in terms of comparisons between sales and coverage. This little retail event called Black Friday happened, and it gets its own mention in the most covered topics on Wednesday.

Despite a 16% drop in mentions, Xbox still retains a big lead, with 40% of all coverage, which is unsurprising given continued coverage of Halo Infinite. Interestingly, some of that coverage comes from stories about issues with the free-to-play multiplayer element. we'll see how it holds up next week, prior to the reviews appearing for the campaign's release.

PlayStation and Sony scrapped it out for second place, with 0.26% greater coverage in favour of Nintendo. Predominantly, this is down to Black Friday articles, with more covering PlayStation availability of deals and consoles.

If we look at the UK market, this top ten does reflect some of the most covered games, but it doesn't reflect retail sales, with a huge number of Nintendo Switch consoles sold last week, pushing Mario Kart 8 to the top of the retail charts yesterday (gamesindustry.biz | Mario Kart 8 returns to No.1 as Nintendo Switch rules Black Friday)

PC sees a dip down to more traditional levels this week, despite the Steam Autumn sale. What's interesting here, is Steam's push to sell more copies of successful titles, while new and upcoming releases are only featured at the bottom of the landing page. Top Tip: Don't release your game before the end of this week - Steam's algorithm is hard to crack in the best of times, and the Autumn Sale is not the best of times for indies by a long way.

Check back on Wednesday to find out just how popular Black Friday was in terms of traffic generation for press.