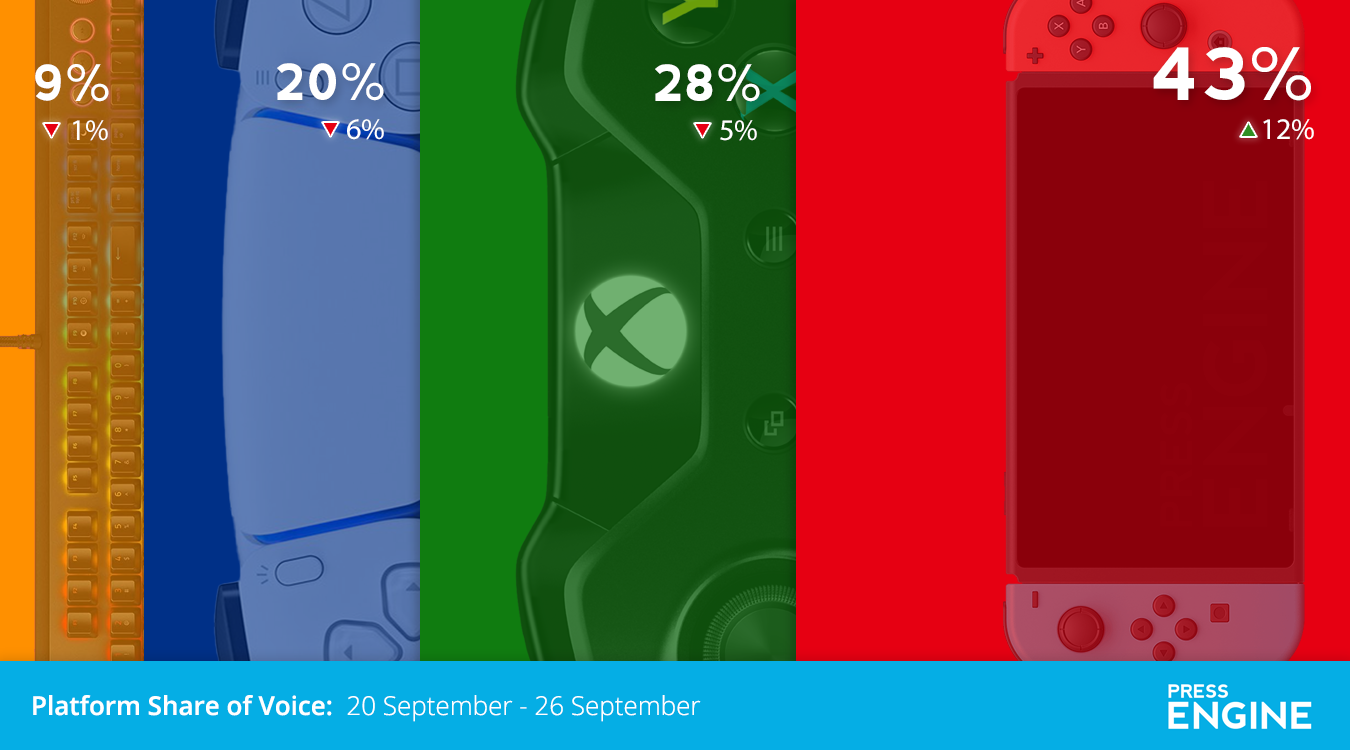 As predicted, Nintendo stole share of voice this week, racking up nearly half of all coverage across games publications last week. Announcing a number of updates, incomings and a swathe of 3rd party titles. The key here is understanding it wasn't just the Direct that secured this share of voice, but the addition of articles covering over 20 games in the showcase.

Microsoft holds onto second place, with a respectable 28%, with continued coverage of not just Halo Infinite, but ID@Xbox titles and 3rd party announcements. Considering there are more publications that cover Nintendo, PlayStation and PC titles, this is some mean feat; solidifying a resurgence that began as Phil Spencer took the lead at Xbox with clear messaging, and the advent of Game Pass.

Sony hold's a respectable 20%, buoyed by Kena: Bridge of Spirits coverage, a title that showed the disparity in review scoring between North America and the UK. The UK is generally scores around 10-15% lower than US & Canadian publications as standard. Without a few poor reviews from the UK, Kena's Metacritic would be low 90s, but without some of the lower audience Metacritic ranked publications scoring 90 and above, it likely would have landed around 75.