We'll be at Develop:Brighton, July 12-14, Brighton, UK - Find us on Meet To Match
Video Games Press? Find out how PressEngine can help you. 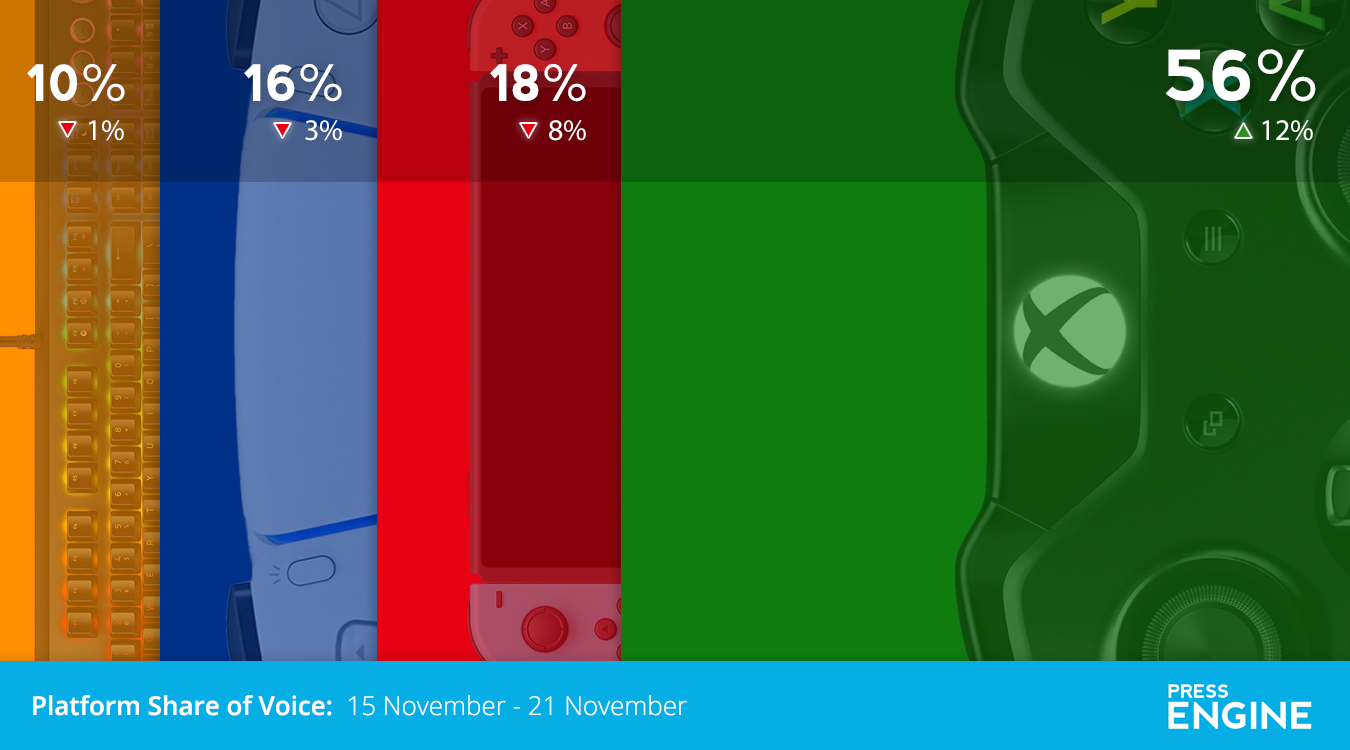 It will come as no surprise to many to see Xbox making a large gain at the top of the share of voice for platforms this week. After an overwhelmingly positive response to the multiplayer aspect of Halo:Infinite there was very little the three other major platforms could do. A sensible choice to remain quiet in the week that was massively dominated by the 343 Industries release. You can expect to see Halo:Infinite in the Titles Share of Voice later this week.

Taking more than half of coverage space last week gives Xbox its highest total for some time, gaining 12% over last weeks share. Nintendo took the biggest hit of the three other platforms, losing 8% of its coverage to Xbox, with Playstation losing 3%. PC managed to hold on to some gains from previous weeks, probably due to the dual-platform and multiple-marketplace release of Xbox:Infinite, giving PC specific outlets some coverage opportunities.

Pokemon Shining Pearl/Brilliant Diamond continues to perform well for Nintendo, helping keep them above the Playstation platform. The upcoming release of Battlefield 2042 may increase the coverage share for Playstation but it's difficult to see any avenue of attack for the other platforms at the moment.