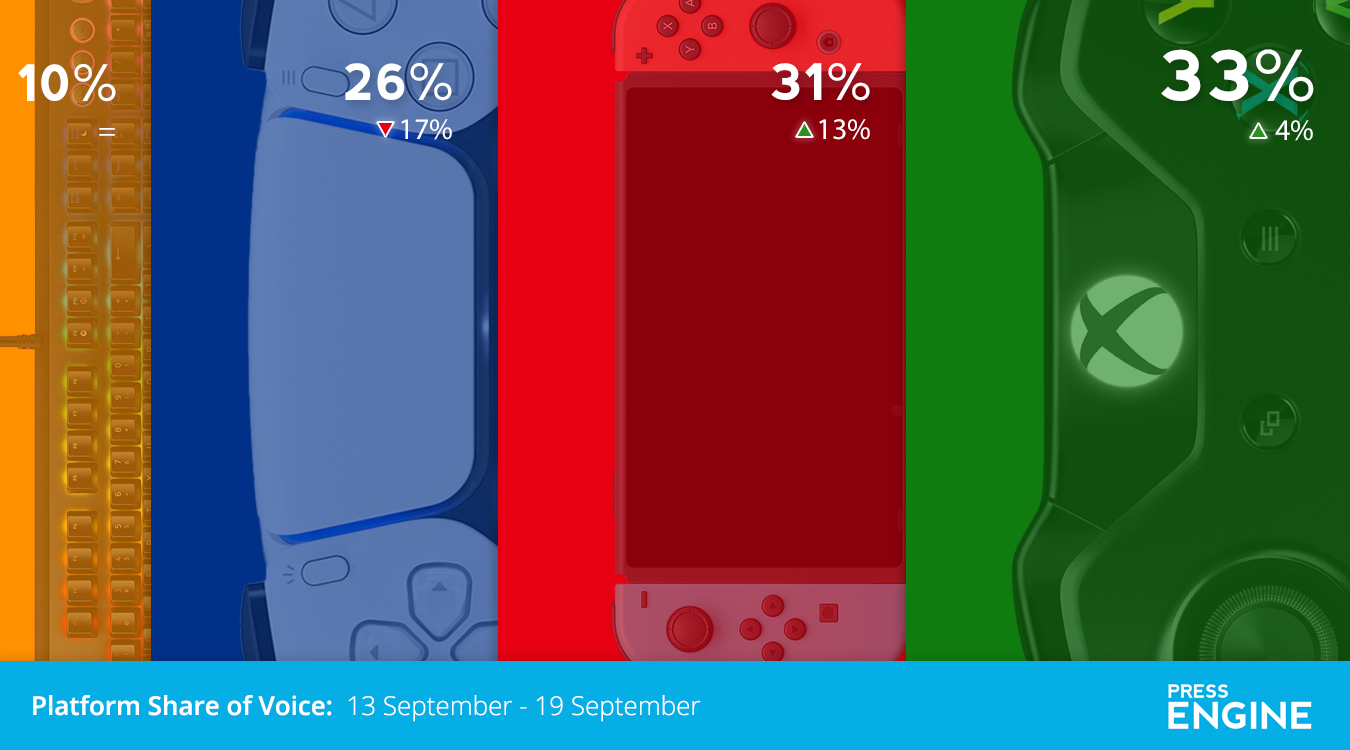 Despite increased visibility with Deathloop, Sony slips into third place in this week's share of voice analysis. In what could be described as normality, Nintendo and Microsoft confirm their traditional 1st and 2nd place, with only 1st party releases and events pushing the format holder into first place.

Deathloop still scored well for Sony, though, gaining more coverage that Fortnite last week, which doesn't happen often. In the next two weeks, all the big releases start to pile up, and we'll start sharing key game performance.

In the meantime, is there any data you're interested in? Let us know and we'll do our best to share!