We'll be at the Nordic Game Conference 2022, May 17-20, Malmö, Sweden - Find us on Meet To Match
Video Games Press? Find out how PressEngine can help you. 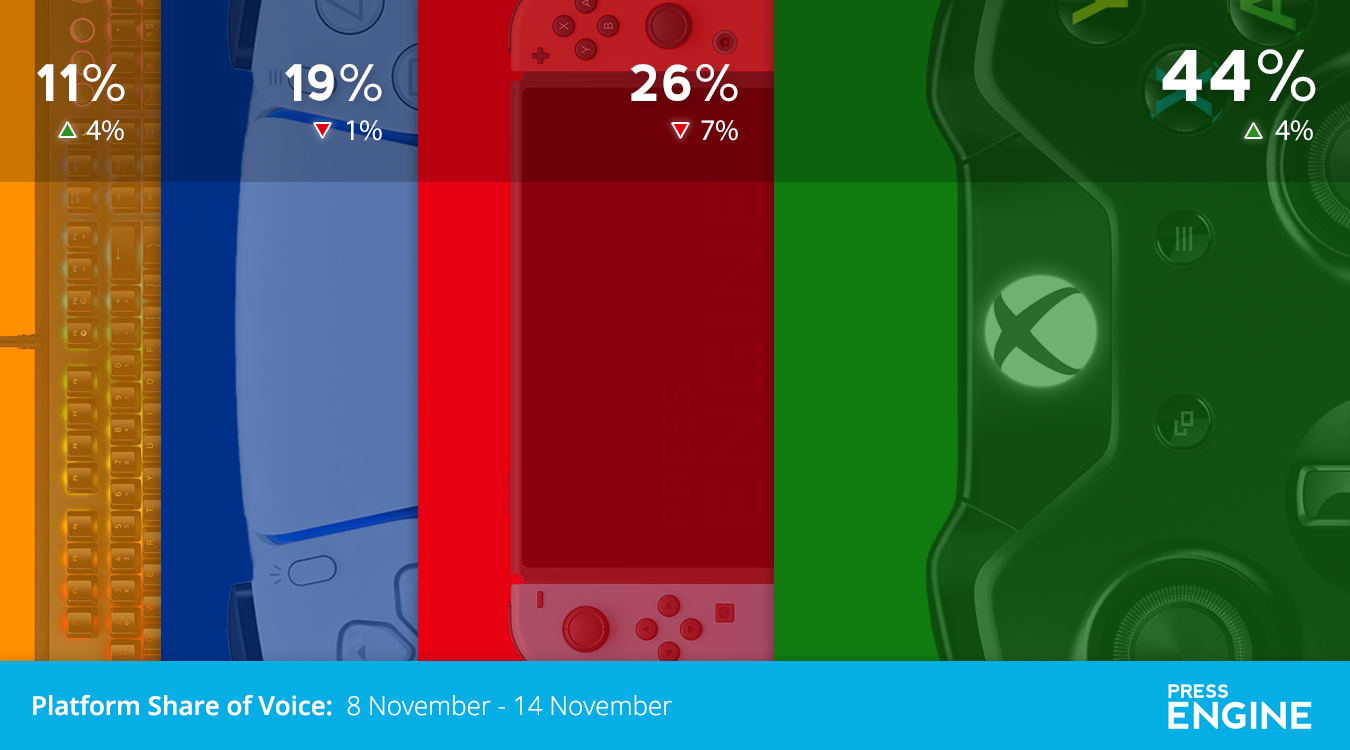 Another week, another top finish from Xbox - this time due to the fantastic start made by Forza Horizon, and the upcoming Halo Infinite. Forza's success isn't just on Game Pass, with more than two million sales of the premium edition, or additional content to unlock early access. In fact, it was #2 on Steam for sales last week, showcasing the reception among consumers.

It's also the reason why PC sees a 4% uplift, as more PC specific publications wrote about either its quality in reviews and guide coverage, or mods that unlock ray-tracing in-game. Supplemented with more PC specific coverage of GTA's The Definitive Trilogy and Elden Ring, it wasn't a bad week for PC at all.

Nintendo took the biggest week-on-week decline, but Animal Crossing: new Horizons was still its highest performing game by coverage, which isn't a surprise given its search performance for a number of publications.

PlayStation drops to under 20% for the first time in a while, no doubt due to a lack of releases in the quarter, something we don't expect to continue, and in less than a months' time, The Game Awards takes place. In what is now as big and event as E3, more than 40 new games are set to be announced, and we'll look at the results of that with interest, as both Sony and Microsoft are expected to make major announcements at the showcase.