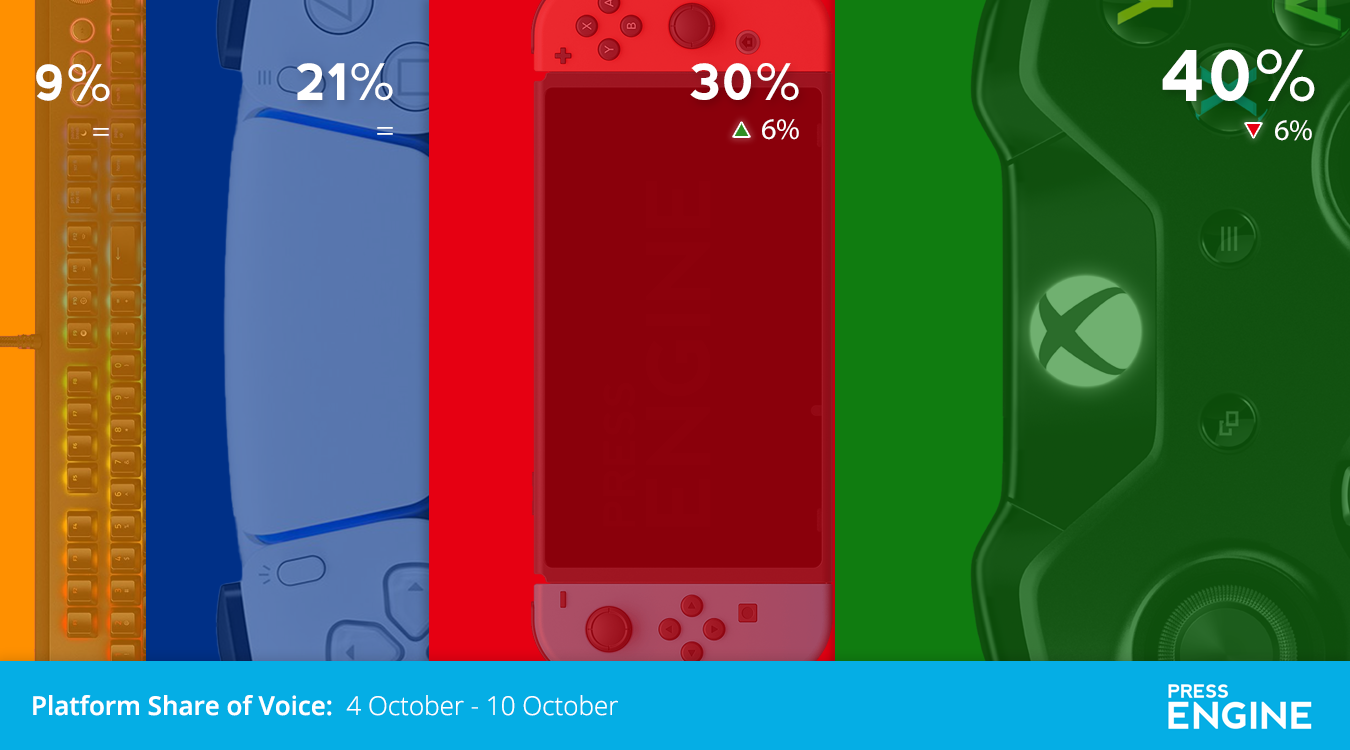 Considering the number of press releases issued on the final day of the week before, it's fair to say the only impact those Steam Next Fest Demos had was on press inboxes, rather than coverage. At this stage, it's hard to see where PC gains it share of voice outside Valve exclusives or events.

Still, Xbox and Nintendo continue to rule to roost, with Xbox still in the lead, despite a 6% drop from the previous week, Nintendo, spurred on by excellent reviews of Metroid Dread, averaging 88 on Metacritic, takes second place, but even a 6% increase to 30% of all coverage can't wrestle the lead from Microsoft.

With Far Cry 6, Metroid Dread and Battlefield 2042 taking the top three covered games respectively, Nintendo shows the strength of its community and brand affinity among the press and how well versed it is in converting that to coverage spikes. We're not talking about that Kotaku article, right?