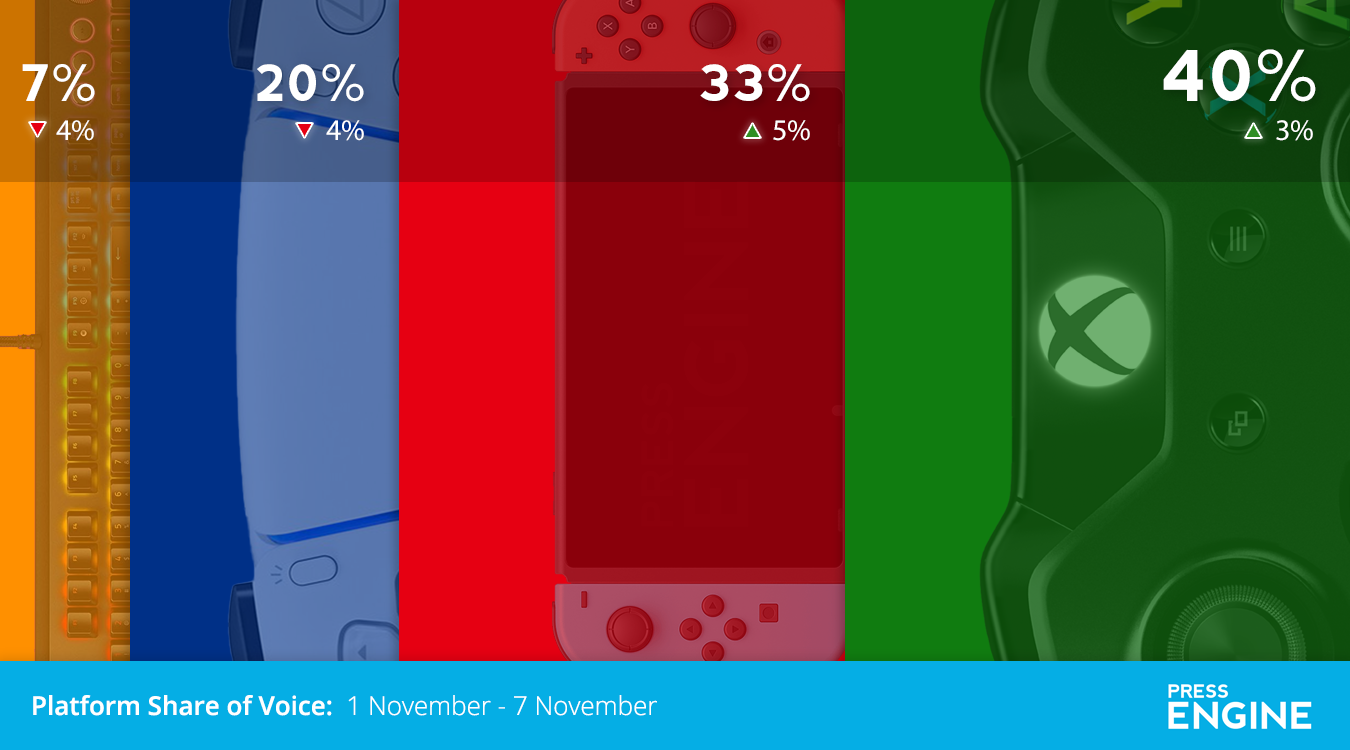 Last weeks' share of voice produced some incredibly interesting data, which in turn offers some really interesting information on how games and services are being covered. In fact, this week marks the first time Game Pass became a top ten contributor to the platform share of voice.

Mentions of Game Pass have steadily increased across the year, but given Forza Horizon 5's impending release, it was expected that Microsoft's share of voice would increase, and on Wednesday, you'll see how well that performed in our top ten games of last week.

However, Microsoft wasn't the only winner this week, with Animal Crossing: New Horizon's update proving a hit with press, increasing Nintendo's share by 5%. When you consider it's Nintendo's only product in last week's top ten, that tells you the impact the update has achieved.

Both PlayStation and PC dropped an equal share of voice last week, with their 8% loss shared between Nintendo and Microsoft respectively.

The other interesting data from last week, is what nearly made it into our top ten, but did have a small effect on total share of voice; Netflix's launch of its first games nearly made the top ten for product coverage. While its initial impact may be low, it far exceeds that of Amazon Prime Gaming. Can the entertainment giant continue that impact over time? Probably not, but it's something to keep an eye out for.

Where did Elden Ring come after last week's video, how did Marvel's Guardian's of The Galaxy fare after it's initial release, and what is the appetite for new releases? Find out on Wednesday's top ten games by coverage.